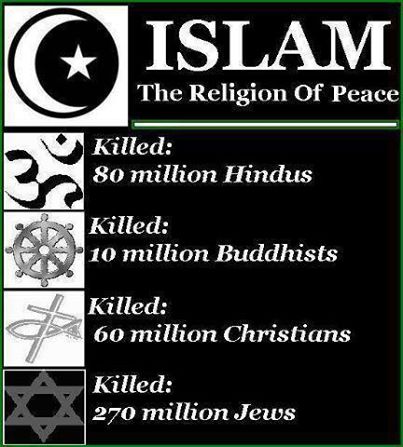 If you only watch the main stream media (MSM) or read the NYT you will not hear the truth about Islamic/Muslim Sharia law or about the anti-Israel hate groups.

If you hear anything at all from the MSM or the Times it will come across as down-played, biased and ‘inclusive’ toward Islam’s Sharia law, the Palestinian Authority (PA) and the haters of Israel.

The MSM is utterly dismissive of the truth about the haters.  It willfully ignores Israel in favor of the haters.  It also ignores the ugly side of Islam, a misogynistic man-made religion devoted to the destruction of Israel and the promotion of sectarian male leaders

Why?  Does hate need a reason? As a follower of the Messiah-King I know that the Evil One is behind all hatred.  And, even though the Kingdom of God has been initiated by The Messiah-King Jesus and His Coming was in order for God to keep His Covenant-Righteousness-Word to all people–evil will do its darned worst to overthrow His Kingdom.

During the first century AD the Apostle Paul knew about evil surrounding the followers of The Way when he wrote to the church at Rome:

WOMEN OF THE WORLD UNITED AGAINST ISLAMIC/MUSLIM SHARIA LAW

See the The Shame, Devastation and Misogyny of Islamic/Muslim Sharia Law

When the Revolution Began