Have you read Saving Leonardo: A Call to Resist the Secular Assault on Mind, Morals & Meaning by Nancy Pearcey, B & H Publishing Group, Copyright 2010? 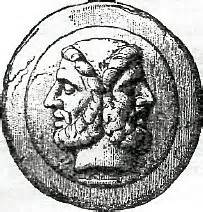 It has been a while, 2010 actually, since I read this Christian-perspective-of-culture concordance. A certain blog post triggered a memory redux of Saving Leonardo.

The Christian author Nancy Pearcey writes about the dualism behind modern man’s worldview.  Her book informs us as to how secularism emerged to be a prominent worldview. She also tells us how she sees that worldview affecting us, destroying our culture.  Her desire in writing this book is to make every Christian knowledgeable and aware, prepared to take on the current secular worldview:

“A worldview approach enables Christians to move beyond merely denouncing social ills such as abortion, which can sound harsh, angry and judgmental.  And, it equips them to demonstrate positively that biblical wisdom leads to a just and humane society.  Protests and placards are not enough.  To be strategically effective in protecting human dignity, we need to get behind the slogans and uncover the secular worldviews that shape people’s thinking.”

For starters there is this curious quote at the front of the book and the only reference to book’s title reference, Leonard da Vinci, that I could find aside from a section titled “Da Vinici versus Degas” (regrettably, there is no index at the back of the book):

Hence the anguish and the innermost tragedy of this universal man, divided between his irreconcilable worlds.

Apart from the “irreconcilable worlds” I’m not sure why Pearcey chose Giovanni Gentile’s quote to provide the “Forward” for her book about modern man’s dualistic thinking.  Giovanni Gentile was known at one time as the official philosopher of Fascism in Italy.  His theories contained rejection of individualism, acceptance of collectivism, with the state as the ultimate location of authority and loyalty to which the individual found in the conception of individuality no meaning outside the state (which in turn justified totalitarianism). Wow! In essence Giovanni Gentile didn’t believe a person could have a thought of his own apart from the state.

In any case, as a student of art, music, literature and science as well as some philosophy and a good bit of theology and being something of a Leonardo da Vinci/Sherlock Holmes type that I am, this book, found on a table in a local book store, caught my eye.

Nancy Pearcey studied under Francis Schaeffer at L’Abri Fellowship in Switzerland. She begins her book by referring to a simile Schaeffer used to describe modern man.  She writes:

“Using the metaphor of a building, he (Schaeffer) warned that truth had been split into two stories.  The lower story consists of scientific facts, which are held to be empirically testable and universally valid. The upper story includes things like morality, theology, and aesthetics, which are now regarded as subjective and culturally relative. Essentially the upper story became a convenient dumping ground for anything that the empiricist world view did not recognize as real.  Schaeffer used a simple graphic, which we can adapt like this:

The two-story concept of truth

This dichotomy has grown so pervasive that most people do not even recognize they hold it.  It has become part of the cultural air we breathe. Consider two prominent examples:

As you are well aware by the verbal sparks flying everywhere around us, the dichotomy within our own honed thinking as it engages with others with their hardened dichotomy is like steel striking a flint rock. Truly, the fact/value split has inflicted great damage to our culture.  It clearly affects the worlds of politics, education, religion and societal norms such as marriage.  Saving Leonardo is a good place to begin your research into how we as a culture came to be this way.

Saving Leonardo gives the reader an overview of the history behind modern man’s fact/value split (shown above as the “lower story” and the “upper story.”).  The book presents the two basic worldviews that are prevalent today: Continental and Analytic. These two streams are manifested throughout today’s culture via art, music, literature, movies, politics, education, law, sexual mores, societal institutions and pop culture.

In discussing the Continental worldview Pearcey notes that there are the schools of idealism, Marxism, phenomenology, existentialism, postmodernism and deconstructionism.

Pearcey notes that culture has reflected the dueling mindsets since their inception during the age of Enlightenment. Artists, composers, writers, dramatists and producers have portrayed the philosophies of their day through their art. Saving Leonardo gives prominent examples of those creative forces that have either mirrored the prevailing thought or who have worked to oppose it.

In brief, you will encounter Hemingway, London, Huxley, Hegel, Duchamp, Picasso, Kandinsky, Darwin, Nihilism, Abstract expressionism, Christian realism, John Cage and a host of others – philosophers, painters, composers and writers who influenced culture from where they stood in the house: the upper story or the lower story.

As an example of the constant interplay between dueling mindsets, the split in thinking, as shown below, shows how those of the Romantic period tried to view their ‘art’ as separate and above the newly arrived scientific fact proposed by Darwinism:

The Romantics’ two-story of truth

Within a Christian worldview there is no need whatsoever to divide man’s thinking into separate spheres such as spiritual fact versus science or materialism.  A Christian man or woman who is whole is a romantic-rationalist.  One very good example of such a person would be the Christian apologist and fantasy writer C.S. Lewis. Lewis, as revealed by his writing and talks, had integrated the upper and lower stories.

Pearcey, in the section C.S. Lewis: We Can’t All Be Right, quotes Lewis:

“The Christian and the Materialist hold different views about the universe.  They can’t be both right.  The one who is wrong will act in a way which simply doesn’t fit the real universe.”

(Little wonder that homosexuality is given credence in our culture.)

Saving Leonardo is good starting point for further research.  It will certainly pique your interest when the dots start to connect to form our deformed culture right before your eyes.

End thoughts:  Unlike pearcey I do not have an issue with modern music or with modern art.  I find them both to be revealing and stimulating each in their own way.

Jazz is not mentioned in this book, as best I can recall.  This is a shame. I hear jazz as a very human and creative outlet within our world. I find it rather strange that the author never mentions the spontaneity, sonority and musical improvisation of jazz. I love Bach and Shostakovich. I listen to Dizzy Gillespie and Thelonious Monk and Wynton Marsalis.

I certainly don’t agree with the author that art has to have unifying narrative to be of value.  One of the earliest painters I connected with was Jackson Pollack.  I remember seeing a painting of his in a Life magazine article and then later at the Art Institute in Chicago. This was a time back in my junior high school days.

Jackson’s drip paintings reminded me of a brain’s neural network being charged with emotion. Perhaps, his paintings are a one-nanosecond glimpse of a much larger narrative. In any case, art is something you can take or leave as you see fit based on your own life narrative.

There will be places in the book where you will take issue with her opinions, just I did (see below).  This is good.  Find out why you agree or disagree with her. I urge you to become knowledgeable about the current world view encircling you by reading this book. Form your own Christian-romantic-rationalist worldview to withstand secularism’s pressures.

Nancy Peacey pushes for there to be narrative and a teleological basis to paintings, music and literature.  Again, I disagree about the need for narratives.

There will be times of narrative and Newtonian Classical Physics and Bach and Norman Rockwell and Shakespeare and Charlotte Brontë where cause and effect and resolution are clearly known.  There will also be times of seeming disarray and unknowns and lack of resolution as in Quantum Physics and the music of György Ligeti, John Cage and Schoenberg and the paintings of Picasso and Jackson Pollock and the poems of Jack Kerouac.  We need both. As creators, though, we are all teleologically dependent whether we like it or not.  Intelligent design is baked into the pottery.

Like the “Forward” quote source I find this curious. From my reading of Saving Leonardo, there seems to be no direct context given for defining her word “revolutionary”.  Perhaps she means being an ‘out-side-the-box’ artist, composer or writer.  Apparently she hasn’t read Flannery O’Connor’s Wise Blood.

Point of contention with the book:

The book is divided into two main parts: The Threat of Global Secularism and Two Paths to Secularism. As a side note I became particularly interested in Chapter Three of the book’s Part One. The title of Chapter Three: Sex, Lies and Secularism.

In this section of Chapter Three “Hooking up, Feeling Down” Pearcey begins “Let’s move to the most contentious sexual issues of our day such as homosexuality, transgenderism and the hook-up culture.” She then goes on to say that having an understanding of the two-story dualism of modern thinking will help the Christian in providing a holistic biblical alternative.

Because of her shotgun approach of scoping transgenderism in the same sights as homosexuality, Pearcey does, I believe, relegate transgenderism to be on par morally with acting out homosexually and one-night stand sexuality. I would state emphatically here that transgenderism by definition is not about acting out sexually. Transgenderism is not equal to homosexuality whether as a sexual issue or a gender issue. It IS about gender identity/gender dysphoria and seeking to become a whole person– a romantic rationalist.  Or, to describe it using her term, it’s being “revolutionary.”

The Church and Gender