Remember when your parents said, “Eat your supper, eat your peas or go to your room without supper.”? 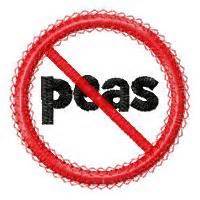 That is the Eat-Your-Supper-Fiat. Whether you liked the food or not your were required to eat whatever was set before you because, “I said so.” You were offered two choices:  “accept what I am demanding of you or face the consequences of not obeying me.”

And here’s the excuse for just such a demand: there are “poor little children from other countries torn from their families, who do not have a regular meal to eat.” Sob. Sob. Sniffle. Sniffle. “Shame on you, taxpayers! You did not obey my commands!”

How these children were torn from their families and became hungry is another story involving crossing our sovereign border and avoiding immigration authorities. They snuck into our country illegally in hopes of demanding to be fed and taken care of by U.S. taxpayer money as in “Illegal immigrants to be eligible for Social Security, Medicare”  BTW: They are illegal immigrants and not ‘undocumented” travelers on the road of life.

Now that the ‘dinner’ has been served sitting in front of us is a smorgasbord multinational characters, some who may be Jihadists, felons, drug dealers, gang members, diseased and most certainly impoverished. Yet, we are informed by IL-Rep Luis Gutierrez that we the voters are uninformed children in need of Dear Leader’s guidance. Remember, we are the “stupid voters” ala Jon Gruber. We are not supposed to care what we are fed as long as “Change” is on the menu.

The Dear Reverend Hussein Obama has also blessed the meal. He used Holy Scripture to endorse his lawlessness and to promote his legacy of “Me, Myself and I”. The spirit of anti-Christ is crouching, ready to devour.

The Gospel-according-to-Progressive-George-Soros funded Illinois Voices For Immigration Deformity has also blessed the meal with their alliterative babble: “Bibles, Badges, Business.” They forgot to add “and Balkanization to boot.” Their “Call to Action” is the new Evangelical Gospel of antinomianism.

Forced multiculturalism, whether as found in England or Germany or France hasn’t worked out well. Many immigrants do not share the same values as their host country. In fact, the immigrants often isolate themselves into their own cultural enclave. And, the radical Islamists currently crossing our border make no distinction between church and state. They want us to be under their Sharia law. They will kill us to make this happen.

In The New Criterion article by Roger Kimball titled “Institutionalizing our demise: America vs. multiculturalism”, Kimball mentions a book by the Harvard political scientist Samuel Huntington

“Who Are We? The Challenges to America’s National Identity” (2004), Kimball writes:

“Does it,” Huntington asks, “take an Osama bin Laden … to make us realize that we are Americans? If we do not experience recurring destructive attacks, will we return to the fragmentation and eroded Americanism before September 11?”…

Multiculturalism is a moral intoxicant; its thrill centers around the emotion of superior virtue; its hangover subsists on a diet of nescience and blighted “good intentions.”

Wherever the imperatives of multiculturalism have touched the curriculum, they have left broad swaths of anti-Western attitudinizing competing for attention with quite astonishing historical blindness. Courses on minorities, women’s issues, the Third World proliferate; the teaching of mainstream history slides into oblivion. “The mood,” Arthur Schlesinger wrote in The Disuniting of America (1992), his excellent book on the depredations of multiculturalism, “is one of divesting Americans of the sinful European inheritance and seeking redemptive infusions from non-Western cultures.”

A profound ignorance of the milestones of American culture is one predictable result of this mood.”

Let it be known that Our Dear Leader, Supreme Professor of Cultural-Legal-Social-Economic-Self-Aggrandizement Studies, has enslaved us to Multiculturalism. His doting bureaucrats will feed his new slaves from the fiat fondue melting pot, a pot laced with every form of human depravity known to man.

Dear Leader, in his great wisdom, has purposely created this ad hoc toxic milieu so as to dilute America’s melting pot with third world values. Progressive dictatorships feed off of this pot.

Dear Leader wants to amass voters who are submissive, “stupid” and obedient. And, like him, they must not care that there are laws to obey or boundaries to be wary of, or red lines to never cross. The illegal immigrants are to be his hapless ‘victims,’ Dear Leader is to be their Savior and America (always the oppressor in his anti-colonialism obsessed zeitgeist) will now submit to him. We are to be his colony of worker bees.

For the ‘victims’ there is to be the 1%’s pot of gold to be had and a third world free-for-all party to attend. “Go ahead. Break the law. Just don’t get caught. But if you do, we have liberal–minded judges who will ‘figure’ it out for you at the time. Remember, laws are meaningless under ‘social justice.”

How else can the Democrat/Progressive party survive? Only by mandating desperate, “stupid” and lawless voters out from shadowy existence and thrusting them into ‘daylight’ of the voting booth. That is how the Progressive Party survives. That is how illegal immigrants will be used. And, that is why Hillary Clinton nods her approval while awaiting her throne.

Here, the Rev. Robert A. Sirico speaks to the issue of Multiculturalism and that not all cultures are equal:

And, Thomas Sowell, as well, about multiculturalism, affirmative action and the minimum wage, all of which comes into play with millions more people entering the country willy-nilly:

Lest anyone think that I am not being Christian enough, insensitive to the plight of others and a bigot in my opinion post above, let me summarize my own situation and realign your thinking.

The apartment buildings surrounding me are filled with a majority of Hispanics, some black Americans and some white Americans.

The apartment building complex south of me is occupied mostly with Hispanics, with some black Americans and some white Americans.

Reader, can you say that about where you live?

I often shop at the Hispanic grocery store behind my apartment building. I speak Spanish to those I meet at the store and in the hallway.

Mi amiga, Veronica, works in the food service cafeteria where I work.

I have no problema with Hispanics or with legal immigrants. I do have a big problem with Obama’s edict and the illegal process he used coercive multiculturalism.