Part One: A Feast for the Eyes

Part Three: Haman and A Star is Worn

We begin this post with an understanding of Mordecai’s world view:

“Fear the Lord your God, serve him only and take your oaths in his name.  Do not follow other gods, the gods of the peoples around you; …” Deuteronomy 6: 13-14

As we have learned previously an assassination plot against King Xerxes had been foiled because of Mordecai’s ‘spying’ at the king’s gate. The information he gathered was relayed to his adopted daughter Queen Esther. She alerted the King, the story was checked out and the would-be assassins were sent to the gallows. Mordecai and Queen Esther had saved the Persian King’s life. But then a curious thing happens. We are not told why.

“After these events, king Xerxes honored Haman son of Hammedatha, the Agagite, elevating him and giving him a seat of honor higher than that of all the other nobles. All the royal officials at the king’s gate knelt down and paid honor to Haman, for the king commanded this concerning him. But Mordecai would not kneel down or pay him honor.”

The king’s officials took note of Mordecai’s lack of protocol and respect. They asked Mordecai, “Why do you disobey the king’s command? Day after day they spoke to him but he refused to comply. Therefore they told Haman about it to see whether Mordecai’s behavior would be tolerated, for he told them he was a Jew.”

Let’s rewind and reflect for a moment. Remember, the king’s officials also wondered about Queen Vashti’s refusal to the King’s request to appear before him at the end of the banquet days. The king, as could be imagined at the climax of his “keep-my-cup-full” wine fest, had way too much to drink. Queen Vashti was well aware of this and made a wise choice to stay put.

Subsequently, though, because of her choice, the queen was deposed from her throne, banished from the king’s presence via a decree sent out to the whole of Xerxes’ kingdom. The decree was worded so as to place all women in the kingdom into subservience to their husbands. Men were to be officially made the masters of their households and women were officially to be put in their ‘proper’ place.

Since nothing happens in isolation, what, more importantly, also transpired? Hegemonic patriarchy took over.

The king’s officials, evil men, conspired together and wrote the self-serving decree. This perverted patriarchy would go on to exclude women on the basis that women had a voice and a will of their own and therefore could make choices. To counter their fear of women and to shore up their insecurities the intended impact of the officials’ decree was to make women unequal with men. They placed a lesser value on women giving them no voice and no choice. A woman’s will was not to be her own anymore.

This was all done ‘officially’ to promote ‘order’ in each household throughout Xerxes’ kingdom. The official exclusion of a woman’s natural rights removed women’s choice. Exclusion by decree also created a hierarchal marriage based on gender. Later, Islam and its guard dog Sharia law would codify the same exclusion and misogyny of women.

It should be noted that the Islamic ‘revelation’ of the false prophet Muhammad (born c. 570 A.D.) was a synthesis of Zoroastrianism, Christianity and other pagan religions. This ‘revelation’ inculcated the same hegemonic patriarchy and misogyny of women.

The very same evil of Xerxes’ day became the basis for the prophet’s written ‘revelation’-the Quran. And it is the modern day interpretation of the Quran by one if its religious scholars, Qutb, a member of the Muslim Brotherhood, that prompted the Ayatollah Ali Khamenei in 2013 to announce to the world the “Islamic Awakening”-an invitation to join the Islamic world order revolution or else.

What can be said about the roots of this destructive world order that declares a deadly fatwa and religious crusades (jihads) to eradicate the West and all infidels? What can be said when at the edge of a sword you must either embrace Islam and Sharia law or face exclusion of your head from your body?

Per Miroslav Volf, the Henry B. Wright Professor of Theology at Yale Divinity School and Director of the Yale Center for Faith and Culture, in his book, “Exclusion & Embrace: A Theological Exploration of Identity, Otherness and Reconciliation”:

“What then is exclusion? In a preliminary and rather schematic way one can point to interrelated aspects of exclusion, the one that transgresses against “binding” and the other that transgresses against “separating.” First, exclusion can entail cutting the bonds that connect, taking oneself out of the pattern of interdependence and placing oneself in a position of sovereign independence. The other then emerges either as an enemy that must be pushed away from the self and driven out of its space or as a nonentity-a superfluous being-that can be disregarded and abandoned. Second, exclusion can entail erasure of separation, not recognizing the other as someone who in his or her otherness belongs to the pattern of interdependence. The other then emerges as an inferior being who must either be assimilated by being made like the self or be subjugated to the self. Exclusion takes place when the violence of expulsion, assimilation, or subjugation and the indifference of abandonment replace the dynamics of taking in and keeping as the mutuality of giving and receiving.”

By now, from the story of Esther, you know the basic riff: insecure hegemonic masculinity, subjugation, exclusion, lots of drinking and Xerxes’ knee jerk reaction to kick things off. The Book of Esther contains two unmistakable examples of exclusion. It reveals both aspects of exclusion in Volf’s “bare bones sketch of exclusion.”

Now let’s return to the story.

Haman became enraged when he heard about Mordecai’s defiance. Haman, in fact, was so apoplectic that he not only “scorned the idea of killing only Mordecai. Instead Haman looked for a way to destroy all of Mordecai’s people, the Jews, throughout the whole Kingdom of Xerxes.” An eradication of all Jews would be sufficient to serve Haman’s huge hegemonic ego. Holocaust became his answer. Exclusion of the Jews to the nth degree was his judgment.

It was about four years after Esther became Queen that Haman, a superstitious man, cast lots (pur) to see when would be the best time to carry out his evil plan. The lot fell on the twelfth month, the month of Adar. This being the case, Haman would have time to plan his holocaust. But the delay would also give the Jews time to react. Haman went to work.

“Then Haman said to King Xerxes, king’s laws; it is not in the king’s best interest to tolerate them. If it pleases the king, “There is a certain people dispersed in all the provinces of your kingdom whose custom are different from those of all other people and who do not obey the let a decree be issued to destroy them, and I will put ten thousand talents of silver into the royal treasury for the men who carry out the business.”

Haman, the enemy of the Jews was then given the king’s signet ring, told to keep the blood money and then told to do with the people as he pleased. Xerxes washed his hands of the matter, as would Pontius Pilate of the crucifixion of Jesus. 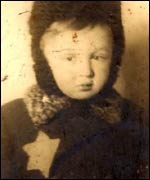 A signet, a star, a slaughter

Royal secretaries were summoned. Royal decrees were written in the name of the king and sealed with the king’s signet ring. Dispatches were sent out to all of the governors and prefects of the kingdom. The royal order: kill and annihilate all the Jews-young and old, women and children on a single day-the thirteenth day of the twelfth month, the month of Adar. And, don’t forget to plunder their goods. This is the law. ‘Problem’ solved.

“Spurred on by the king’s command, the couriers went out, and the edict was issued in the citadel of Susa. The king and Haman sat down to drink, but the city of Susa was bewildered.”

Bewilderment is only a sliver of what the Jews were feeling while the Cult of Personality band played on. Imagine being hated to death by a Supreme Leader.

Part Four: Who Can Remain Silent in Times Like These?