Have you noticed that many of the well-coifed commentator’s these days now use the phrase, “The fact of the matter” to preface their comments? This is empiricism trying to counter relativism’s cynicism.

Modern day liberals, pundits of the ersatz, consider themselves open-minded individuals.  They are proud of their openness to all things. So open-minded are they in fact that when truth is encountered it is immediately short-circuited bypassing their AND/OR gates, never residing in memory. Truth is discharged from their feel good capacitors. Truth, for them, is just one of many options. Truth is not the warm and fuzzy logic they want to be plugged into.  Truth is electrifyingly absolute.

“As a rule, only very learned and clever men deny what is absolutely true. Common men have less brains, but more sense.” -William T Stance, an epitome found at the beginning of Roger Kimball’s book “The Fortunes of Permanence:  Culture and Anarchy in an Age of Amnesia”.

These open-minded folk are so welcoming to come and go Change that they post a “For Rent” sign on their foreheads for all to see their obeisance to the gods Openness, Diversity and Equality. 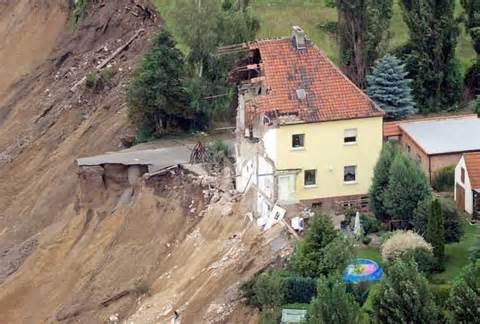 Oops, there goes another foundation!
Erosion.

These open-minded folk are also the ones who so voraciously attack the First Amendment as a mistake-a mistake to let people speak their minds. Go figure.  But this thinking works in the Rabbit Hole known as Asinine.

Let’s take a look at only some of today’s Ass-saults on Absolutes.

“[Deborah] Turness [head of NBC] and the other executives who had gotten involved quickly became frustrated, as they would remain for days, with William’s inability to explain himself. “He couldn’t say the words ‘I lied,’ “recalls one NBC insider.

We could not force his mouth to form the words ‘I lied’.  He couldn’t explain what had happened. [He said,] ‘Did something happen to [my] head? Maybe I had a brain tumor, or something in my head?  He just didn’t know.  We had no clear sense what had happened. We got the best apology we could get.

And that was a problem…” 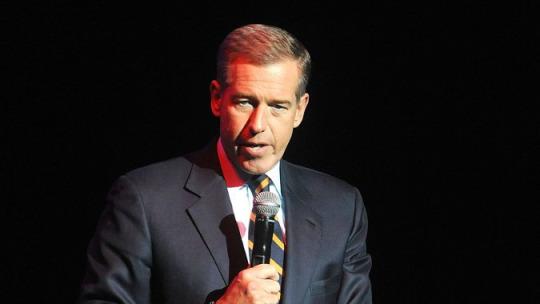 It is 2015 and you can Tune in, toke up, smile big: Introducing The First Church of Cannabis.

(Bill) Levin, a 59-year-old carpenter, started the church on March 26, 2015, to push the limits of Indiana’s new Religious Freedom Restoration Act (RFRA), which prohibits the government from “substantially burdening” anyone’s right to exercise his or her religion. Earlier this year, the controversial bill sparked protests from gay rights groups claiming it would allow for businesses to discriminate against gays and lesbians citing religious beliefs. (Emphasis mine)

The First Church of Cannabis is Epicurean in all in its smoke and mirror glory. Who needs a church with the living true God when the inaccessible uncaring-what-you-do god of Epicurus will do?

Speaking of “gay rights” it is 2015 and most Americans greatly overestimate the percentage of the LGBT self-described “queer” population.  Perhaps this is due to air deprivation-the loud sucking in of all the air from the planet by the LGBT ‘community’ in order to replace it with the exhaust of revved up Epicurean narcissism:

“PRINCETON, N.J. — The American public estimates on average that 23% of Americans are gay or lesbian, little changed from Americans’ 25% estimate in 2011, and only slightly higher than separate 2002 estimates of the gay and lesbian population. These estimates are many times higher than the 3.8% of the adult population who identified themselves as lesbian, gay, bisexual or transgender in Gallup Daily tracking in the first four months of this year.” (Emphasis mine)

Of course the LGBT ‘community’ will refute the accuracy of this poll by saying that another 30% of the population is still in the closet (waiting to be coaxed out of the closet and into a confused symbolism state-the LGBT ‘light’ of gay).

It is 2015 and moral relativism’s apotheosis is a “fundamental transformation” POTUS with a bully pulpit.

Barack Obama’s latest political foray into untruth is his national domestic and foreign policy of fatalism-“AGW, this is settled science”.  This populist scientism qualification is severely lacking in the facts due diligence requires asserting “settled science”. Obama’s stipulation is meant to shunt away the requisite evocative questions inherent within a democratic political process.  In Obama-speak “Settled science” means “Settled issue”: “I said IT and therefore it must be true since I have enough power and sycophantic cohorts to proclaim it to be true”.

It is 2015, June, and Pastor Saeed Abedini has been in an Iranian prison for three years while Obama negotiates his own legacy.

It is 2015 and where we once had two distinct naturally evolved sexes-“He created them male and female”- we now have the amorphous word “gender” bandied about.  The political winds of “Diversity” are uprooting millennia of family trees-naturally evolved binary sex procreations and ‘recreating’ traditional marriage in its own image with a frenzy to will to power one’s self-‘right’-ness… but never righteousness.

It is 2015 and have you noticed that multiculturalism is all the rage?  You don’t hear the word “multiculturalism” proclaimed in public but one can see its assault on America and its devastating effects under Obama’s lawless immigration fiat.

Multiculturalism insists that all cultures and all religions are of equal value. Multiculturalism insists that there is no difference between Judeo-Christian beliefs and those of radical Muslim imposed Sharia Law. Per Obama and the Progressives all groups must be co-opted in order to dilute your white European background vote and shore up non-Western Democrat votes for the next election.  “Divide and conquer” is his conscious mantra.

It is 2015. Have you noticed that we are no longer Americans?  We are now hyphenated groups:  African-Americans, Asian-Americans, and Hispanic-Americans. Many of these and other groups live a hyphenated life of one foot in and one foot out, having forsaken adopting the American settler’s values. “They are coming to America” for the handouts that only Big Brother can give and know full well that American values are ‘flexible’ according to who is in power, ergo kindled ethnocentricity melts the pot holding them.

It is 2015 and women now have added their maiden name to their married name-one foot and in one foot out of the marriage.

It is 2015 and I am reminded of Alexis de Tocqueville’s prescient warning about soft despotism. I apply it now to our 2015 morally relativistic “activist” judiciary that

“extends its arm over society as a whole; it covers its surface with a network of small, complicated, painstaking, uniform rules through which the most original minds and the most vigorous souls cannot clear a way to surpass the crowd; it does not break wills, but it softens them, bends them, and directs them; it rarely forces one to act, but it constantly opposes itself to one’s acting;  it does not destroy, it prevents things from being born; it does not tyrannize, it hinders, compromises, enervates, extinguishes, dazes, and finally reduces each nation to being nothing more than a herd of timid and industrious animals of which the government is the shepherd.”

It is 2015 and moral relativism’s tyrannical belief system has taken modern man captive and placed him in chains within a dark but fire lit cave.

As pushed in Epicurus’ time an individual’s sensory feelings, his inner sanctum response to the chimeras on the cave wall, have become a socialism everyone must share to ease pain or else.  To make this a personal reality each Atlas must shrug off the moral cornerstone with which one needs to plumb line truth and then replace it with the Objectivism of ‘rational and ethical’ egoism or, better, self-interest à la carte à la cave.

The modern listener is now tuned into the frequency, “The fact of the matter” and “This is settled science” to reassure his free-floating cave-wall derived angst. At the same time leaving the cave of self-pity is not an option and thereby Democracy in a cave is denied the daylight of truth.

We say, “if Barack Obama’s scientism can make us a victim of say AGW in a society of victims then the scientism proposed becomes ‘truth’ for me, a willing adherent to the new criterion-moral relativism. And victimization means I am therefore oppressed and in need of Big Brother to take my Whole World in His Hands”.

Moral relativism as a formula for life and not yet atheistic (atheism would come after Christianity began) was tossed around during the time (BC) of the Greek philosopher Epicurus. The “atomists’ of that era believed in a distant out-of-sight-out-of-touch god. They believed that one’s own sensory feelings and close kowtowing friends would better serve their introspective needs. Scientism, born during The Enlightenment, is moral relativism’s distant cousin.

I could go on giving examples of this post’s rubric but it is Sunday and I must go to my church to remove the impurities of Moral Relativism from my mind, heart and soul. Come join me.

Curiouser and Curiouser, to be continued…

Some things to ponder:

When everything in life is valued by the same lowest common denominator as the Progressives would have it does value retain value? Are we not animals at the lowest common point?  Ergo, isn’t socialism basically the exalted rights of certain animals on the Animal Farm to determine the rights of the others? See de Tocqueville quote above.

Isn’t the application of discrimination of one race over another called racism? Inequality?

It is 2015 and the erosion of moral relativism is washing away the sand foundation of society’s structure.

“What Americans call “liberalism” is the ideology of western suicide.”  -James Burnham, Suicide of the West