“Americans are right that the bonds of our communities have withered, and we are right to fear that this transformation has very real costs…” -Robert D. Putnam, Bowling Alone: The Collapse and Revival of American Community

“Over the course of the last generation or two, a variety of technological, economic and social changes have rendered obsolete the stuff of American social capital.” -Robert D. Putnam

“Faith communities in which people worship together are arguably the single most important repository of social capital in America.” -Robert D. Putnam

“Busy people tend to forgo the one activity – TV watching – that is most lethal to community involvement.” -Robert D. Putnam

It should be obvious:  TV and social media (blogs, Twitter, Facebook, etc.) do nothing to provide social context or human interaction.  The virtual reality of electronic devices only provides a momentary piqued interest in a certain topic or worse, entertainment. Social media are employed to reinforce excessive individualism and a false sense of acceptance. It replaces the human element with self-mirrored data bytes which are constantly and instantly cleared from your RAM to make memory available for the next “Breaking News”, news which causes one to hunker down even more so away from community.

One of the harbingers of our current dysfunctional society has been the Millennial drive for the elevated believe-in-self ego.  Social media responds in kind to Self.

A common element in schools is for a child not to learn to push himself to learn and therefore enter the civic arena ready to take on responsibility for one’s neighbor, but rather to believe in himself first and foremost– an individualist mantra – and at the same time accept all forms of relativist culture – the good, the bad and the ugly; a collectivist mantra – in the name of diversity and inclusion. In other words, make a child insensitive to another’s ersatz behavior while accepting one’s own ersatz behavior as good.  It takes a village…to marginalize and isolate your child into some political identity while doing so in the name of inclusion. An island of Lost Boys and Girls is the result, never a community

Adults add to the loss of community with a lack of knowledge.  Languishing with your spouse in front of a TV set is de rigueur these days.  Entertainment has supplanted deep thought. Critical thinking about political, economic and world matters is waylaid on the path to finding ourselves. We don’t want to be the needle in the haystack. We want to be asleep on the haystack!

Civic involvement has dropped off dramatically. Oh, yes.  We think we are civically involved when we Tweet our opinions.  But how lame!

What further fractures communities?  Identity studies in colleges and universities (e.g., African-American, queer and feminist studies).  America isn’t marginalizing you, you are self-marginalizing! Each of the identity studies seeks to have communities fit around them and not the other way around.

It is interesting to note that for Collectivists self-based individualism is given the imprimatur of personal pronouns (I, me, you) under Randian Objectivist “Me First” letterhead. One glaring recent example:  In 33-Minute Speech on Guns, Obama Refers to Himself 76 Times

In 33 minute speech, Obama refers to himself 76 times… https://t.co/KZIueV4qYg pic.twitter.com/QTkyRUckAy

In Obama’s “fundamentally transformed” America Self has become preeminent. The nuclear self (abortion, gay marriage, etc.) has replaced the nuclear family and with Glee.

Community Disorganizer:  After seven plus years of an administration where self-important executive orders regularly scorn We the People’s representatives, Obama can now be considered the most legacy-of-self, divisive and acrimonious president ever. And where the sixties brought almost 180-degree race and community progress Obama’s retorts have reversed modern history so as to relive it in his terms. The racial divide is pushed by Obama – recreate a problem and then see yourSelf as the answer.

Communities have suffered terribly under Obama’s Self-directed ignorance. Mushroom clouds of community immolation can be seen over decimated cities such as Baltimore. Protesters demand Self to be recognized and Community be damned. 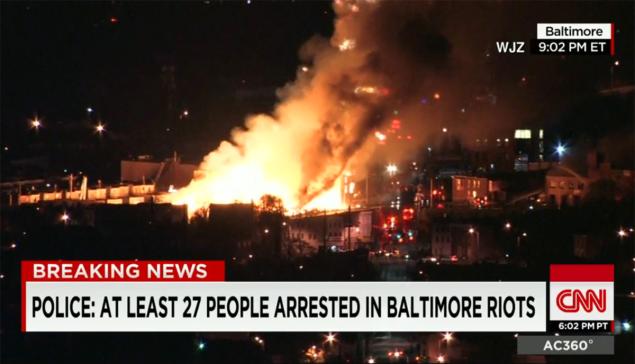 Suffice it to say, our modern society is characterized by excessive individualism spent on a reinforced inbreeding of Self.  This is due to a desperate sense of alienation and a deficit of personal relationships.  The removal of society’s cornerstone – tradition – occurs during the razing of community so that Self can be built.

And so, for the Current Resident, the real inequality, the real discrimination, the real marginalization, the real greed and selfishness, the real sense of loss in this day and age is life without one another or community.

And then there is this:

The dereliction of duty

by Daniel Johnson, The New Criterion

The deliberate neglect of our civic virtues has left our institutions hollowed out.