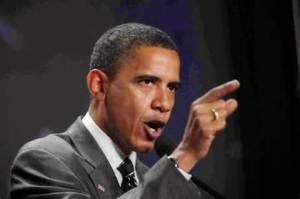 The honoring of power over reason is that which makes one an authoritarian.

For the Authoritarian, power is more important than laws. Laws become whatever Authoritarians impose on others.

Authoritarians are far more likely to exhibit “sloppy reasoning, highly-compartmentalized beliefs, double standards, hypocrisy, self-blindness, a profound ethnocentrism, and — to top it all off — a ferocious dogmatism that makes it unlikely anyone could ever change their minds with evidence or logic.” The Authoritarians, p75; Dr. Bob Altemeyer, University of Manitoba

These Authoritarians are the Ruling Class and their minions on steroids.  As such, they will lecture you to death with their Authoritarian Fundamentalism.

Consider the authoritarian lecturing of “the science is settled” and “you are a denier if you don’t agree with our confident knowledge.”  The “settled science” fundamentalists are dogmatic, believing that they have all knowledge.  So they will impose climate change on you.  In authoritarian Ruling Class minds, their might makes it “right.”

Truly, it is the “settled science” Authoritarian Fundamentalists who employ “sloppy reasoning, highly-compartmentalized beliefs, double standards, hypocrisy, self-blindness, a profound ethnocentrism, and — to top it all off — a ferocious dogmatism that makes it unlikely anyone could ever change their minds with evidence or logic.”

Consider also, the settled social science dogmatism of the teeny-tiny LGBTQ+ cabal.  These Authoritarian Fundamentalists demand that you submit to their belief system:   “We of LGBTQ+ convictions determine what is right and wrong. Christians should not.” “We have rights.” “Christian rights are to be subordinated to our rights.” “Christian convictions are too rigid, too fundamentalist.” And so again, we see the “highly-compartmentalized beliefs, double standards, hypocrisy, self-blindness,” and profound egocentrism that characterizes Authoritarian Fundamentalists.

“Authoritarianism, always latent in progressivism, is becoming explicit. Progressivism’s determination to regulate thought by regulating speech is apparent in the campaign by 16 states’ attorneys general and those of the District of Columbia and the Virgin Islands, none Republican, to criminalize skepticism about the supposedly “settled” conclusions of climate science.

Four core tenets of progressivism are: First, history has a destination. Second, progressives uniquely discern it. (Barack Obama frequently declares things to be on or opposed to “the right side of history.”) Third, politics should be democratic but peripheral to governance, which is the responsibility of experts scientifically administering the regulatory state. Fourth, enlightened progressives should enforce limits on speech (witness IRS suppression of conservative advocacy groups) in order to prevent thinking unhelpful to history’s progressive unfolding.

Progressivism is already enforced on campuses by restrictions on speech that might produce what progressives consider retrograde intellectual diversity. Now, from the so-called party of science, a.k.a. Democrats, comes a campaign to criminalize debate about science.

“The debate is settled,” says Obama. “Climate change is a fact.” Indeed. The epithet “climate change deniers,” obviously coined to stigmatize skeptics as akin to Holocaust deniers, is designed to obscure something obvious: Of course the climate is changing; it never is not changing — neither before nor after the Medieval Warm Period (end of the 9th century to the 13th century) and the Little Ice Age (1640s to 1690s), neither of which was caused by fossil fuels.

Today, debatable questions include: To what extent is human activity contributing to climate change? Are climate change models, many of which have generated projections refuted by events, suddenly reliable enough to predict the trajectory of change? Is change necessarily ominous because today’s climate is necessarily optimum? Are the costs, in money expended and freedom curtailed, of combating climate change less than the cost of adapting to it?…

The party of science, busy protecting science from scrutiny, has forgotten Karl Popper (1902-1994), the philosopher whose “The Open Society and Its Enemies” warned against people incapable of distinguishing between certainty and certitude. In his essay “Science as Falsification,” Popper explains why “the criterion of a scientific status of a theory is its falsifiability, or refutability, or testability.” America’s party of science seems eager to insulate its scientific theories from the possibility of refutation. (emphasis added) – George Will’s “Scientific silencers on the left are trying to shut down climate skepticism”

Here’s a bit of the hyperbolic authoritarian narrative (emphasis added):

“When Target reiterated last week that transgender employees and customers can use restrooms and fitting rooms that match their gender, apoplectic bigots threatened to boycott.

The American Family Association (AFA), a fundamentalist Christian nonprofit that is considered a hate group by the Southern Poverty Law Center (SPLC), claims to have gathered more than 517,000 signatures on its petition.”

From Allen’s article, one can clearly see Authoritarian Fundamentalist Character assassination of those who disagree with the LGBTQ+:  the American Family Association (AFA) is designated “a hate group”.

So says, Samantha Allen, @SLAwrites, who invokes the “power” of the SPLC and its “Hate Watchers” with Fundamentalist Authoritarianism.

Authoritarian Fundamentalist Samantha Allen
has blocked me on Twitter!

“SPLC, presumably convinced of its own ability to ascertain the hidden motives of its ideological adversaries, nonetheless assures us that “anti-Muslim” bigotry is the animating force that drives them. Thus the Center seeks to delegitimize these groups as the moral equivalents of Klansmen. This is standard-operating-procedure for Mark Potok and his crew. In late 2007, for instance, SPLC, working as a propaganda arm for the National Council of La Raza, labeled the Federation for American Immigration Reform (FAIR)—whose mission is to “improve border security” and “stop illegal immigration”—as a “hate group.”” (emphasis added)

One could also argue that the Department of Homeland Security (DHS) under Barack Obama and Eric Holder and now also AG Loretta Lynch has also been turned into a “Hate Watch” group by these Authoritarian Fundamentalists.

Why read the opinionated screeds of psychologists or sociologists or climatologists or sexologists when truth is written into the real life stories of the people all around you?

Those parented without rules, without structure, without tradition and without a nuclear family will impose structure and demand a world order that feels to them like a “safe place.” They will do so by giving Authoritarian Fundamentalist voice to their commands.

Gang members impose order with gang rules and with hard-core violence.  The LGBTQ+ cabal imposes their world order with social media shaming and by demanding submission to their convictions while denying others their convictions.  Ruling Class Progressives impose order by creating laws that are designed to accrue more Authoritarian Fundamentalist power unto themselves, … same as it ever was…

“Now the two angels came to Sodom in the evening as Lot was sitting in the gate of Sodom. When Lot saw them, he rose to meet them and bowed down with his face to the ground. And he said, “Now behold, my lords, please turn aside into your servant’s house, and spend the night, and wash your feet; then you may rise early and go on your way.” They said however, “No, but we shall spend the night in the square.” Yet he urged them strongly, so they turned aside to him and entered his house; and he prepared a feast for them, and baked unleavened bread, and they ate.…

Before they lay down, the men of the city, the men of Sodom, surrounded the house, both young and old, all the people from every quarter; and they called to Lot and said to him, “Where are the men who came to you tonight? Bring them out to us that we may have relations with them.” But Lot went out to them at the doorway, and shut the door behind him, and said, “Please, my brothers, do not act wickedly.” …

But they said, “Stand aside.” Furthermore, they said, “This one came in as an alien, and already he is acting like a judge; now we will treat you worse than them.” So they pressed hard against Lot and came near to break the door.  But the men reached out their hands and brought Lot into the house with them, and shut the door. They struck the men who were at the doorway of the house with blindness, both small and great, so that they wearied themselves trying to find the doorway.” (emphasis added)  Genesis 19