“As you get older, ideas go and come. Questions, answers, loss of the answer again and more questions, and this is what really interests me. Yes, the cinema and the people in my life and my family are most important, but ultimately as you get older, there’s got to be more. Much, much more.

The very nature of secularism right now is really fascinating to me, but at the same time do you wipe away what could be more enriching in your life, which is an appreciation or some sort of search for that which is spiritual and transcends? That’s one of the reasons why I made the George Harrison documentary. Silence is just something that I’m drawn to in that way. It’s been an obsession, it has to be done… it’s a strong, wonderful true story, a thriller in a way, but it deals with those questions.” 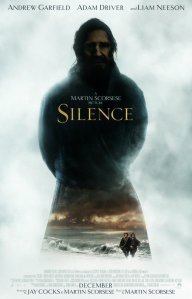 The above recent quote of director Martin Scorsese regarding his passion project the film Silence underscores the human need for meaning. Pre-Enlightenment, that meaning had been intuited in a common culture taking in the aesthetic. Contemplation of nature and high culture pointed us away from ourselves and our situation to that which transcends and to the sacred. Fine art, classical music, drama, architecture and classical literature prodded our imagination, our consciousness. Value and virtue could be envisioned and then acted out and gained. Meaning so derived offered a way to rise above our daily existence and provided hope. But today, in the days of the Post-Enlightenment’s reductionism of everything to science-truth and of deconstructionism’s relentless push to zero out meaning and the never-ending consumption that offers only temporary fulfillment in its quest, we are left with that which does not relate to the subjective within us: fake art, pop art, pop music, the desecration of the sacred, fantasy, cynicism, sentimentality and secularism’s clichés. We take in rubber chicken soup for our souls.

Instead of seeking meaning which transcends, many find comfort and community with others in a complicit collaborative deception – the lies of the secular and the fake that are “inviting us into a realm where we deceive each other into thinking that we are thinking when we are not.” -philosopher Roger Scruton (on recognizing fake philosophy)

“People need beauty. They need the sense of being at home in their world, and being in communication with other souls,” – philosopher Roger Scruton.

“In so many areas of modern life – in pop music, in television and cinema, in language and literature – beauty is being displaced by raucous and attention-grabbing clichés,” laments Scruton. “We are being torn out of ourselves by the loud and insolent gestures of people who want to seize our attention but to give nothing in return for it.” Roger Scruton On Beauty

“Music is a wonderful example of something that’s in this world but not of this world. Great works of music speak to us from another realm even though they speak to us in ordinary physical sounds.” ― Roger Scruton, The Soul of the World

Once in a blue moon a movie offers the public something of value. Last night I watched The Lives of Others. 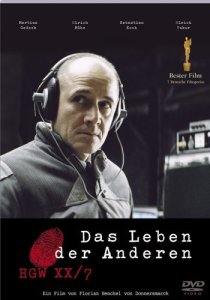 Here is what the back of the DVD says:

Before the collapse of the Berlin Wall, East Germany’s population was closely monitored by the State Secret Police or Stasi. Only a few citizens above suspicion, like renowned pro-Socialist playwright Georg Dreyman, were permitted to lead private lives. But when a corrupt government official falls for Georg’s stunning actress-girlfriend, Christa, an ambitious Stasi policeman is ordered to bug the writer’s apartment to gain incriminating evidence against the rival. Now, what the officer discovers is about to dramatically change their lives – as well as his – in this seductive political thriller…”

This write-up is sensationalist-weird (“erotic”; “seductive”) and does not do the film justice. Neither do the trailers. Having watched this film several times in the past, and again last night, I came to see, within the historical-political-power-over-others context, that Stasi Captain Gerd Wiesler was in desperate need of meaning in his drab German Democratic Republic (GDR) socialist life. Wiesler becomes obsessed with playwright Georg Dreyman’s life, a life which included drama, literature, music and the art on the walls of his apartment. Dreyman found meaning in aesthetics and in his close relationships. That’s all I am going to say about that, so you can watch the film. Note: the movie is rated R “For some sexuality/nudity”. I did not find the “sexuality/nudity” gratuitous. Rather, the brief sexuality/nudity scenes were in keeping with the story.

Born during the days of the Harry S. Truman presidency, I have seen a lot of history in the making, including the collapse of socialist states such as the GDR. History matters when making new decisions. History matters in your quest for meaning. Fill your life with high culture music, art, literature, drama as provided by the lives of others throughout history. Do your own surveillance on meaning.