The long drive from Chicago to Memphis, past corn fields and silos and renewable energy turbines on both horizons, gave me a chance to reflect on my friendships. As I drove alone I thought of times shared with friends. As I travel alone I wonder who my friends will be when I get where I am going. My circumstances are on the move.

From childhood I have known who I would become friends with. There was immediate symbiosis – a shared our-street language. Words of approval or disapproval about things outside the proposed friendship became our spittle handshake. And sure, there was a back and forth to test the ‘waters’: “Do you like that?”; What about this?”. But, the questions were mainly asked to see what reference points were used. And so, there was plenty of note comparing to determine the ties that bind, the ones that won’t, and the ones that don’t matter.

With my growing friendships came growing elbow room. I could be silly, stupid, and sorry and still remain friends. Between the two of us there was a give and take of silly, stupid, and sorry. The balance of give and take would change from day to day and from friend to friend. Early on, because I was not worldly wise, I relied heavily on my childhood best friend. A later adult friend, who was much too worldly wise, relied on me heavily. The elbow room of friendship reminds me of God’s grace – room to be human with all its foibles and sins and room to return, ask forgiveness and receive it.

A friend means well, even when he hurts you. But when an enemy puts his hand round your shoulder – watch out! Proverbs 27:6

One who has unreliable friends soon come to ruin, but there is a friend who sticks closer than a brother. Proverbs 18:24

In a way, friendship is like a parable. Jesus used parables to teach his way of looking at things in his kingdom. Like the parable’s parallels, friendships alongside you draw out greater truths. For one truth there is the fact that you are not alone, and for another, there are others exposed to the same reality. Walking with my friends and they with me, through the gamut of folly to faith and sometimes back again, has taught me to see from another perspective and to care about another perspective. (Walking in the Paraclete has given me a perspective and a counselor alongside.)

An honest answer is the sign of true friendship.
~ Proverbs 24:26

Whoever walks with the wise becomes wise, but the companion of fools will suffer harm.
~ Proverbs 13:20

What I like about friendships: they do not have the urgency or contingency of sex. Rather, that energy is used to add new meaning – to add more ties that bind – to the friendship. That energy is exerted in new adventures.

I also see friendship as a type of love that is evocative of the Trinity relationship. The Father and Son and Spirit are in constant communication (except at that moment of Jesus’ death). Their sharing is intimate. Friendship’s focus roughly mirrors that of the Trinity as it is both inward directed toward the other and outward directed at the same time. And though the Godhead does not need grace from us and cannot gain experience, the Godhead, as revealed to us, desires to favor creation with grace and to gain friends who have their own experiences. It was Jesus who invited us into the dancing embrace of the Trinity when he said…

You are my friends if you do what I command. I no longer call you servants, because a servant does not know his master’s business. Instead, I have called you friends, for everything that I learned from my Father I have made known to you.

When the disciples heard Jesus say this they understood the term “friend”. They knew about David and Jonathon. Philip had introduced his friend Nathaniel to Jesus (John 1:43-51). The disciples could not forget about ‘Our friend Lazarus who has fallen asleep’ (John 11:11) and was raised from the dead. They had heard a parable about the ‘friend of the bridegroom…” John (3:29) They had heard Jesus being called a ‘friend of tax collectors and sinners’ (Matt. 11:19). They certainly understood the term ‘friend’ when Jesus prefaced the above words with Greater love has no one than this, that one lay down his life for his friends. What they did not yet understand was the extent of love Jesus would go to for his friends. 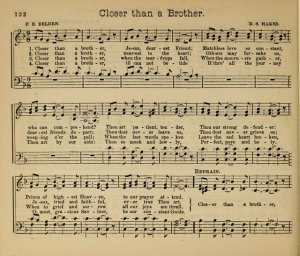 The disciples understood that a friend was not your enemy. They knew that a friend wanted what was in your best interests. A friend went along with you and did what was required of him or her to remain friends and did so without a lot of hemming and hawing. You are my friends if you do what I command.

As close friends of the Lord we become privy to the Father’s communication to the Son. We are no longer servants (those tasked with household responsibilities and with no place at the table) but we are brought into the main house and given a place at the table alongside our Friend. The Lord asks his friends to eat with him, to communicate with him, to learn from him, and to share with him the adventures of life in His Kingdom on earth.

Traveling alone from there to here I know there is one Friend who sticks much closer than Memphis. 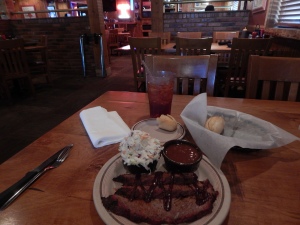 Friends have to eat together.