Despite the fact that Macy’s has their enormous Christmas tree lit up right now, signifying the coming season of glad tidings and of peace and of unbridled consumerism, the TV reminds us that it is knock-down-drag-out Partisan Season as candidates throw punches at their labeled-as-a-Grinch opponents. Democracy gives one the impression that with your vote, and with other’s who vote like you, that you can create a government in your image. Therein lies the boxing match. Campaign ads require a different metaphor.

As witnessed firsthand, the almost endless torrent of unbridled derogatory and prejudiced campaign ads spews like raw sewage from the digital spout. Based on the ads, hatred for the opposing candidate appears to be the biggest lure to pull voting fish out of the drainage.

I’ve come across those on Twitter who will vote for a Democrat because the other candidate is a Republican and therefore, based on the media narrative, is a tainted Trumpist. The Twitterer’s animosity towards Trump is stoked by a fight manager – the Leftist media. The combined one-two punch of hate and vote is meant to KO anyone on the Right.

“I do not know if the people of the United States would vote for superior men if they ran for office, but there can be no doubt that such men do not run.”
― Alexis de Tocqueville, Democracy in America

Neediness for government to make their lives better (basically, government taking responsibility for their lives) feeds many folk’s compulsion to vote for the unctuous Democrat who is often Trumpian unctuous but vies for the anti-Trump vote amongst the media-fed lions as the “right thing to do” pol. Their candidate freely offers healthcare and untethered no-cost sanctimony regarding giving illegal aliens a pass on our laws. A free lunch is offered to all at no cost to the candidate.

One such candidate is a local Democrat. She is running against an incumbent Republican for a U.S. representative seat. She is an Africa-American female so she is definitely an unTrump figure. But like Trump her presence is ubiquitous. Her yard signs are everywhere. Her campaign volunteers wave her sign as they stand along the bridge I cross on my way home from work.

She is a healthcare candidate. This means she wants to give everyone government run healthcare. But like Obama’s ACA con game and Ocasio-Cortez’s socialism con game in New York, she has not provided the details of how to pay for the enormous bureaucracy to run your life and your healthcare. She does not talk about unintended consequences such as the lack of competition in the medical industry creating higher costs or the loss of incentive for doctors to practice because they become wards of the state or for the lack of desire for new doctors to enter the medical field. The consumer loses out when government chooses your options for you. Unlike the toothy candidate with the hope and change grin, government is impersonal. It is not altruistic. 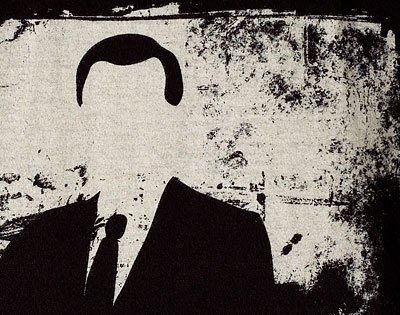 So, in the spirit of the Season of Partisanship, I offer my own partisan views.

I am a conservative libertarian. That combination may sound like two terms which negate each other but I assure you it doesn’t. As a follower of the Way who walks on resurrection ground, I seek heaven on earth just as Jesus taught us to pray. That kingdom of God venture is not something I want to impose on my fellow citizens. Rather, I want them to have freedom to do as they please within the law and to receive the reward of their behavior. This, in essence, means that I do not want government to be a lifestyle safety net nor the means to bail you out if you decide to live your life with drugs or in sexual encounters or as parachute jumper. I want gravity and not government to be the force in our lives.

I am conservative with regard to social issues. And, again, I do not want to impose my kingdom view on others. I can impose that on myself and be the salt and light that the rest of the world will need when trouble comes knocking.

I am a small government fiscal conservative. Government has no business running my life or healthcare or bailing me or any industry or bank out. Taxpayer money could instead be used by the taxpayer to help his own neighbors and to pay for their medical care. The thinking that government has deep pockets if everyone was made to pay in denies the reality of escalating costs based on that assumption and the monopoly of government control you’ve created when vote that assumption.

“The American Republic will endure until the day Congress discovers that it can bribe the public with the public’s money.”
― Alexis de Tocqueville

Our government, as I define it, is a secular entity that provides protection from enemies foreign and domestic (including illegal aliens), provides transportation infrastructure and which enforces the Constitution and the laws of the land. Government is also to enforce contracts. The government is not to be a church dispensing Good Sarmatianism.

The Constitution is the cornerstone of our republic. It aligns the foundation our nation is built on it. It should not be chiseled away by “living Constitution” jurists who put their finger in the wind for their opinions and judgments.

Having said all this, I want to further post my partisanship: I am by no means a Progressive. And you should know that there is no such thing as a Progressive Christian. Progressivism is a belief, not in God and His well-documented narrative, but in an ideology which requires that God’s well-documented narrative be changed for the Progressive to live his narrative. I am follower of Jesus first and foremost. I vote libertarian-conservative. This means that I want to preserve what is good. I seek a small boring government and allowance for people’s freedom to do as they please within the law. I want people to take responsibility for the outcome of their choices. I also do not want to be forced to have to affirm their choices (the Progressive definition of “rights”). Progressivism negates Christianity.

I voted early. And, I did not vote for the statist or for her healthcare unicorn or for her “do the right thing” campaign. I have never voted for a Democrat. The fact that Democrats promote abortion is beyond the pale and is ironic for a party platform that promotes itself as “for the people” and wants you to “do the right thing” with your vote. Isn’t it telling that a Democrat woman can presuppose and visualize a problem for her future existence if she has a child and so aborts the child. But the same woman can’t presuppose and visualize her unborn child as a human.

Identity politics, created by Democrats, pits male against female and humans against those who choose to dehumanize themselves. There is also class warfare fueled by Democrats Obama, Sanders, Warren and Ocasio-Cortez. But Democrats want you to perceive something else. Democrat candidates would love to have you think they are the saviors from hate and discord (they have stoked) if you just give them control.

Democrats promise all kinds of bennies at the expense of others. So, let it be known that there is a major cost to the U.S. and to its people when illegal aliens enter the country with values that are not shared with Americans. Remember these aliens left countries they trashed with their values and votes. Many are victims of their votes.

In the spirit of the Season of Partisanship I leave you with a well-informed conservative economist – Thomas Sowell – and his three very important questions:

Tis the season to Be a Responsible Voter.