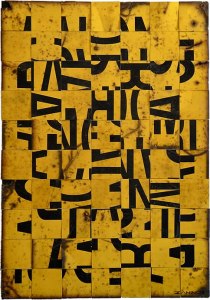 How do I put this? Like a battered codependent wife who stays with her husband believing that he really does love her in his heart of hearts? Like a College Lit professor who embraces the Literary Critical Theories of Lacan, Derrida and Foucault and who like Foucault, must, in true Marxist fashion, deconstruct each work of literature, each text, overturning every word to uncover some element of sexism, homophobia, racism or class injustice-looking for victims in all the wrong places? Or, as a dog returns to his vomit so a fool returns to his folly? I am trying to describe why America would vote a second time for Barack Obama to be president of the United States.

Of late, Barry and Michelle have worn their emo on their sleeves-the nation that has elected Barack Hussein Obama to be the FIRST BLACK president TWICE-has let him down-racially!

And, Michelle, poor dear, as first Lady she had helped a woman reach something high on a shelf. Michelle now complains that she felt she was being treated as just “the help” and not as the Oprah of Black women that she sees herself as. Lord Almighty! Poor BLACK OPPRESSED FIRST LADY! Racism is so insidious!

Yesterday, in Obama’s flippant and rambling Putin-worthy Laugh-In press conference the FIRST BLACK PRESIDENT invoked Jim Crow! Let me paraphrase: “The nation has improved with respect to race and class but has not improved with respect to race and class. The cops are out of control. Black men everywhere should not be restrained while committing a crime or shot when charging a police officer to overtake the officer. Rioters and looters–they are just the effect of bad police work. Me, I am in charge of a country that’s doin’ just fine economically. That was my last question, ladies.  I’m going on a two week vacation to Hawaii. Golf awaits.”

And, aren’t we are told hundreds of times by Professor Teleprompter that we must, in the words of the almighty BLACK ARTIST Spike Lee, “Do The Right Thing”

“We must do the right thing about” immigration, health care, sex-education, Iraq troop withdrawal, guns, jobs, fill-in-the leftist Christmas list and he’ll spiel it as “The “Right Thing.”

A vote for Barack Obama was a vote for the deconstruction of America into nihilistic anarchy-a banana republic with dope, drugs and The Soullessness Train.

Your vote began the removal of our country’s Judeo-Christian cornerstone. Your vote is now replacing it with the mud of multiculturalism, multiculturalism which embraces radical Islam under the guise of religious freedom.

Your vote is a vote to discard the foundational U.S. Constitution and replace it with the quick sand of ad hoc moral relativism.

Your vote installed the jobless rioters and looters and paid contractor anarchists into that meeting place.

We, the proles, are left within the dust storm and ashes with a president who thinks he can see more clearly than you, aka “Dreams From My Father.”Added 12-21-2014:

Picture from post “The Destruction of Ferguson, Missouri “[Video]