“I think it’s time we stop, children, what’s that sound?
Everybody look what’s going down.”

“It’s horrible that someone gets shot dead just for being a police officer,” Rafael Ramos’ son, Jaden, posted on Facebook.

Flowers, candles, photos and written messages were placed outside of the station house in Brooklyn of two NYPD officers who were fatally shot while sitting in their marked cruiser. The family of one officer spoke at a vigil Sunday saying they forgive the shooter.

The darkness in men’s souls grows even darker.

To counter the darkness a Light came into the world. Christ was born.

“In him was life, and that life was the light for all mankind.”

Atheism thus was born. Atheists loved the darkness rather than the light.

Atheism slaughters everyone in its path to maintain its will to power.

Atheism slaughters with star, with crescent and sword, with ovens and gulags, with enabling terrorist professors, with paid and unpaid protesters.

Atheism slaughters with Herod, Stalin and Pol Pot regimes. Atheism terrorizes with 65 year-old pony-tailed anarchists and union riff-raff.  Atheism enslaves with rulers who are a law unto themselves.

The spirit of anti-Christ has been pervasive throughout our world, since the before the birth of Christ. You hear the sound of its revilement when…

Protesters yell “What do we want? Dead cops!” – anarchy and lawlessness must reign.

The Media exchanges good for “evil”, evil for “good”.

In the battle between good and evil, the Slaughter of the Innocents will continue…. 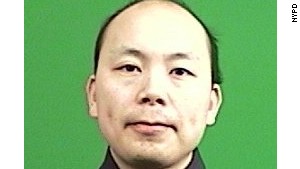 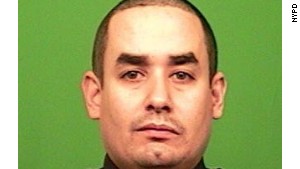 Photos of some of the children killed at Pakistani school

“I think it’s time we stop, children, what’s that sound?
Everybody look what’s going down.”

Wisdom’s Rebuke, from the Book of Proverbs Chapter One;

20 Out in the open wisdom calls aloud,
she raises her voice in the public square;
21 on top of the wall she cries out,
at the city gate she makes her speech:

22 “How long will you who are simple love your simple ways?
How long will mockers delight in mockery
and fools hate knowledge?
23 Repent at my rebuke!
Then I will pour out my thoughts to you,
I will make known to you my teachings.
24 But since you refuse to listen when I call
and no one pays attention when I stretch out my hand,
25 since you disregard all my advice
and do not accept my rebuke,
26 I in turn will laugh when disaster strikes you;
I will mock when calamity overtakes you—
27 when calamity overtakes you like a storm,
when disaster sweeps over you like a whirlwind,
when distress and trouble overwhelm you.

28 “Then they will call to me but I will not answer;
they will look for me but will not find me,
29 since they hated knowledge
and did not choose to fear the Lord.
30 Since they would not accept my advice
and spurned my rebuke,
31 they will eat the fruit of their ways
and be filled with the fruit of their schemes.
32 For the waywardness of the simple will kill them,
and the complacency of fools will destroy them;
33 but whoever listens to me will live in safety
and be at ease, without fear of harm.”

For What It’s Worth

“I Have a Dream” -Dr. Martin Luther King Jr.