“And while it is obviously possible that such decision may be erroneous in any given case, still the evil effect following it, being limited to that particular case, with the chance that it may be overruled and never become a precedent for other cases, can better be borne than could the evils of a different practice. At the same time, the candid citizen must confess that if the policy of the Government upon vital questions affecting the whole people is to be irrevocably fixed by decisions of the Supreme Court, the instant they are made in ordinary litigation between parties in personal actions the people will have ceased to be their own rulers, having to that extent practically resigned their Government into the hands of that eminent tribunal.” (emphasis added)

Here’s a link to an essay challenging the long-held practice of considering the Supreme Court as the final arbiter of Constitution’s meaning. The theory is not supported by Constitution itself.

The time has come to pass a Natural Marriage Amendment to the Constitution so as to define “Marriage” as between one man and one woman and nullifying unnatural and specious rights.

How do we get laws rectified these days? Certainly, immoral and unjust laws are being enacted and reinforced through Congress and the Judicial and Executive branch.

Do we continue to support abortion because government says it must take money out of your personal taxed income to support Planned Parenthood? At what point do the good people get fed up and rebel against this government? After a trillion aborted babies? After a nation’s moral culture is destroyed by the moral lawlessness of homosexuality? What does it take for good people to act?

“A decline in courage may be the most striking feature which an outside observer notices in the West in our days. The Western world has lost its civil courage, both as a whole and separately, in each country, each government, each political party, and, of course, in the United Nations. Such a decline in courage is particularly noticeable among the ruling groups and the intellectual elite, causing an impression of loss of courage by the entire society. Of course, there are many courageous individuals, but they have no determining influence on public life….” Excerpt of Alexander Solzhenitsyn’s speech at Harvard, June of 1978, “A World Split Apart” 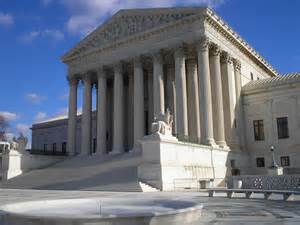 “The constitution, on this hypothesis, {the court seeking public approbation] is a mere thing of wax in the hands of the judiciary, which they may twist, and shape into any form they please. It should be remembered, as an axiom of eternal truth in politics, that whatever power in any government is independent, is absolute also; in theory only, at first, while the spirit of the people is up, but in practice, as fast as that relaxes. Independence can be trusted nowhere but with the people in mass. They are inherently independent of all but moral law.”  Thomas Jefferson

Dissenting opinions (against a SCOTUS SSM decision and, in effect, against judicial activism):   Justice Antonin Scalia called the homosexual “marriage” ruling a “threat to American democracy.” Chief Justice Roberts described the legal reasoning of the opinion as having “nothing to do with” the constitution.

“Justice Clarence Thomas was among the four justices who dissented Friday against granting same-sex couples the right to marry, warning that the “decision will have inestimable consequences for our Constitution and our society.”

Thomas’ dissent focused on the idea of negative rights, “As one later commentator observed, ‘[L]iberty in the eighteenth century was thought of much more in relation to ‘negative liberty’; that is, freedom from, not freedom to, freedom from a number of social and political evils, including arbitrary government power,’” writes Justice Thomas in dissent.

Thomas connects this to disprove the notion that same-sex couples have a right to a government entitlement, writing, “In the American legal tradition, liberty has long been understood as individual freedom from governmental action, not as a right to a particular governmental entitlement.”” (Emphasis added)

Man was created with the superscription of God.  From the Gospel according to eyewitness Mark, Chapter 12, vs.14-17:

“Teacher,” they said, “we know you are a man of integrity; you don’t regard anybody as special.  You don’t bother about the outward show people put up; you teach God’s way truly.

“Well then:  is it lawful to give tribute to Caesar or not?  Should we pay it [taxes], or shouldn’t we?”

He [Jesus] knew the game they were playing.  “Why are you trying to trap me? He said. “Bring me a tribute-coin; let me look at it.”

They brought one to him.

“This image, “he asked, “whose is it?  And whose is this superscription?”

From “MLK 50 Years Ago: A Just Law Is a Man-Made Law That Squares With the Law of God”:

“One may well ask: How can you advocate breaking some laws and obeying others?” wrote King. “The answer lies in the fact that there are two types of laws: just and unjust. I would be the first to advocate obeying just laws. One has not only a legal but a moral responsibility to obey just laws. Conversely, one has a moral responsibility to disobey unjust laws. I would agree with St. Augustine that ‘an unjust law is no law at all.’ (emphasis added)

Unjust laws and unjust rulers, ignoring God and/or claiming supremacy over God, demand obeisance and a bending of the will towards evil: