There are more things in heaven and earth, Horatio,
Than are dreamt of in your philosophy.
William Shakespeare, Hamlet Act 1, scene 5

~~~
So you want to know if God is game? It’s elementary dear reader. It’s in the stars and a spectrograph is required. “But I’m into relationships, not science!” Snap out of it, kid! Put on your thinking cap.

Prism break. In 1814 Joseph von Fraunhofer, a Bavarian lens maker, invented the spectrograph, a device which separates white light into a rainbow of colors. With a lab spectrometer the fingerprints of atoms and their Creator are uncovered.

“The white-hot surface of the sun emits light of all wavelengths, but this light then passes through the relatively cooler gases of the earth’s atmosphere (the “corona”). Here the atoms might absorb just those same wavelengths they like to emit. This absorption accounts for the curious dark lines observed by Faunhofer. Bit by bit, spectroscopy in the post-Fraunhofer era revealed that each element, when heated, produced a characteristic set of “spectral lines,” some prominent (like the brilliant lines of neon gas that are so familiar in neon signs), and some faint (like the dimmer blue of mercury vapor lamps). These lines were the fingerprints of the chemical elements, the first clues to the tiny “tuning forks” within atoms, or whatever the mysterious structures vibrating inside the atom must be. (emphasis added) from Quantum Physics for Poets by Leon Lederman and Christopher Hill

“The game is afoot!”. What game? This game is kind of like Hide and Seek, the kid’s game. But in this game someone hides and the rest must seek out the hider. Like the kid’s game, no one seeking believes that the person hiding is unreal and not there, unless a person enters the game after the person hid. This person then has to believe the other seekers. But this person may think that the others may be tricking him and walk away. That’s his or her choice.

The seekers all must have a well-motivated belief that the hider is there and can be found to win the game. See. I am starting to build relationships.

“Spectroscopy’s second major achievement was a more philosophical. In the sun’s signature of dark lines scientists could read its chemical composition, and lo and behold, they found hydrogen, helium, lithium and the other elements of matter that compose our planet Earth. Since then, we have analyzed the light from the stars in extremely distant galaxies, always finding our own familiar elements: hydrogen, helium and so on. The universe everywhere has the same composition and the same laws of nature, all of which hints at a common origin in some incomprehensible act of physical creation.” from Quantum Physics for Poets by Leon Lederman and Christopher Hill

“How I wonder what you are.” Information sourced from a twinkling star spectrum includes:

And you thought those little white dots in the night sky were there just for romantic reasons? They certainly are! The Creator is engaging his creation. So, “Make a Spectrograph of Yourself”.
[spek-truh-graf, -grahf], noun
1. a spectroscope for photographing or producing a representation of a spectrum.

Like it or not you are taking in the Light of Christ. His Cosmic photons are constantly bombarding us. With it we can see familiar elements and, more closely, the fingerprints of God. And though the Light source seems off hiding somewhere in a distant galaxy there is considerable information for us to take in. We can analyze the Light from Christ and find the familiar incredibly romantic, like the red Valentines rose.
Under light a rose absorbs most colored light of the rainbow and emits red light. 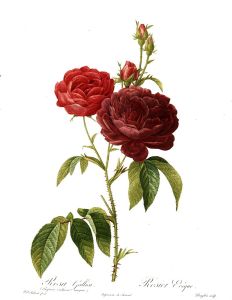 What are you absorbing and what are you emitting? We tend to hunker down with some OTC Christian book that tries to explain God to us in proxy fashion. We ask God about something specific and we expect God to answer us in specific Voodoo-like fashion. “There will be a wet fleece on your doorstep tomorrow. That’s how you will know.” Look around. Adjust your spectrograph and see the full spectrum of answers God has already provided. And, if you ask for wisdom (light), have you used the wisdom God has already given you to find your way?
“The game is on!” Personally and very briefly, I joined the game of Hide and Seek when I started to read and think outside the “Christian” cave. I rid myself of the myopia of single point of light thinking – Sola Scriptura – and I stepped outside. To accomplish the move into the sunlight with a well-motivated belief of greater illumination, over the last several years I began studying science books. This path for me has made all the difference. And this path has shed enormous light back onto Sola Scriptura. God has been found ever since. Yes, He likes to keep hiding and being found. But, is God uncooperative when it comes to me? No!
The Hider is there and His Light is supernal. He wants to be found. Such Light gives itself away!
~~~
When You said, “Seek My face,” my heart said to You, “Your face, O LORD, I shall seek.” Psalm 27:8
May the light of Christ remain with you always…